in Points of Interest
Deganwy, Deganwy
add to favorites
950 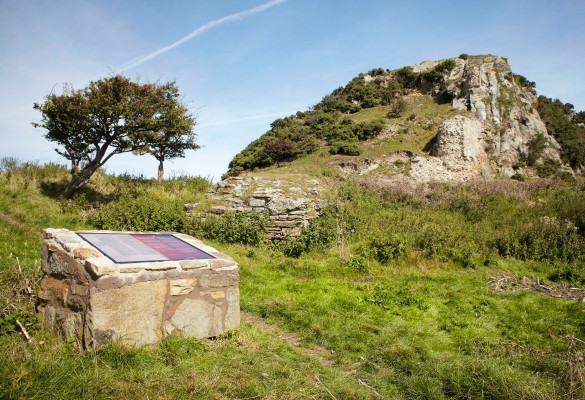 Castell Deganwy has been associated with Maelgwn, a powerful 6th-century ruler of Gwynedd. Maelgwn was famously dubbed ‘the dragon of the Isle’ by English chronicler Gildas – a reference to a beast of the Apocalypse and the king’s strong connections with Anglesey. Following centuries saw a succession of powers occupy, fortify and then destroy Castell Deganwy, in several cases to prevent it falling into enemy hands.

If you walk up to the castle today, it is the remains of Henry III’s stronghold that you can see: the bases of a pair of towers, one on each of the twin peaks, and a wall connecting the two.